GT cars (Grand Tourisme) have always been the Porsche brand’s domain. Initially with the 356 model series, then with the 911. When the “Eleven” outgrew the two-litre capacity limit, the new mid-engine Type 914 was the obvious choice for the class with an engine capacity up to two litres. The 914 with its two-litre Porsche engine demonstrated its form with works entries (including in the Monte Carlo Rally and in the Marathon de la Route on the Nürburgring).

The Porsche 914/6 (chassis number 914 143 0178) acquired by the Jägermeister company in the spring of 1972 was built by the racing division at Max Moritz in Reutlingen in early 1971. It was described as the “fastest 914/6” during the 1971 season. With Quist/Krumm as the driver team, this car collected two substantial wins in the two-litre GT class at the Spa 1000-km and Nürburgring 1000-km World Championship races. This car was again on the grid in the 1971 24-hour Le Mans but – again in the lead in its class – dropped out due to gearbox damage.

The 914/6 was driven by Eckhard Schimpf in 1972. He was a contestant in twelve races, including overall winner in the KAC Race on the Southern Loop of the Nürburgring (ahead of another 914/6 driven by Edgar Dören), and drove a fastest lap of 9:32.7 minutes on the Northern Loop during the German Grand Prix (4th position in the class up to two litres). He entered 14 races in 1973, won seven and was twice placed second, in the Avus race in Berlin and in the airfield races in Diepholz. In 1974 the Jägermeister 914/6 was given to Max Moritz in payment for a new Porsche Carrera RSR. This 914/6 was now acquired by Manfred Laub (Ravensburg), who entered it in 28 races in 1974 and 1975.

The international career of the 914/6 Number 914 143 0178 was then gradually coming to an end. It was rebuilt as a road sports car and then passed through several hands until Claus Müller in Palm Beach/Florida, a specialist for historic racers and sports cars, recognised the sporting past of what was by now a heap of scrap – because that’s all it was – thus initiating a turnaround in its fortunes. The Mast-Jägermeister family of entrepreneurs re-acquired 914 143 0178. The car was restored in a year and a half of work by the bodywork company Stimming-Karosseriebau. The 914/6 now stands again exactly as it was when it lapped the Nürburgring in Jägermeister colours with starting number 78 in May 1972. It was the first racing car acquired by Jägermeister at that time. Thus it marks the start of a commitment by Jägermeister Racing that was to last for three decades. 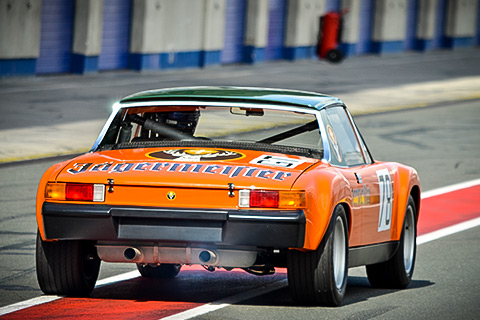 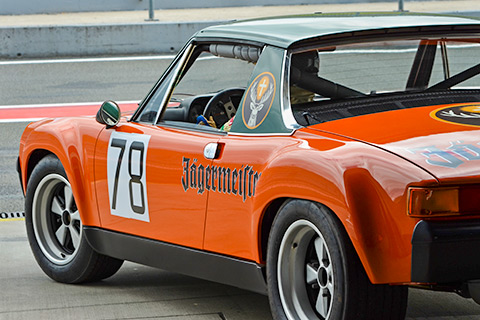