Franz Konrad visited the ‘72STAGPOWER workshop in Braunschweig on 18 May.

He also once sat in Jägermeister racing cars, in fact in the Brun-Team’s Porsche 962.

Franz Konrad (now 66 years old) was active from 1970 until 2007. He competed in various categories and cars. He mainly drove sports cars (mostly Porsche), but was also successful in Formula 2 and Formula 3 (including German Champion in 1983). For example, Konrad took part in the 24-hour Le Mans race seventeen times. Since 1978 he has run his own team under the name Konrad Motorsport and based in Verl (Westphalia).

Franz Konrad, an experienced racing driver and team manager, will also get into the cockpit of Jägermeister racing cars from time to time in the future. Accompanied by ‘72STAGPOWER’s Chief Technician Michael Groth, whom Franz Konrad has known for decades, in fact from the time when Groth still looked after Frank Beyerlein’s Formula 3 racing cars.

Photos: Franz Konrad and Eckhard Schimpf in conversation in the Lausitzring paddock on 19 May 2017. They have both been long-standing acquaintances for many years, and often met at various racing circuits in the past. However, the very first time was at the Flugplatzrennen (Airfield Race) in 1973 when both drove a Porsche 914/6 at that time. 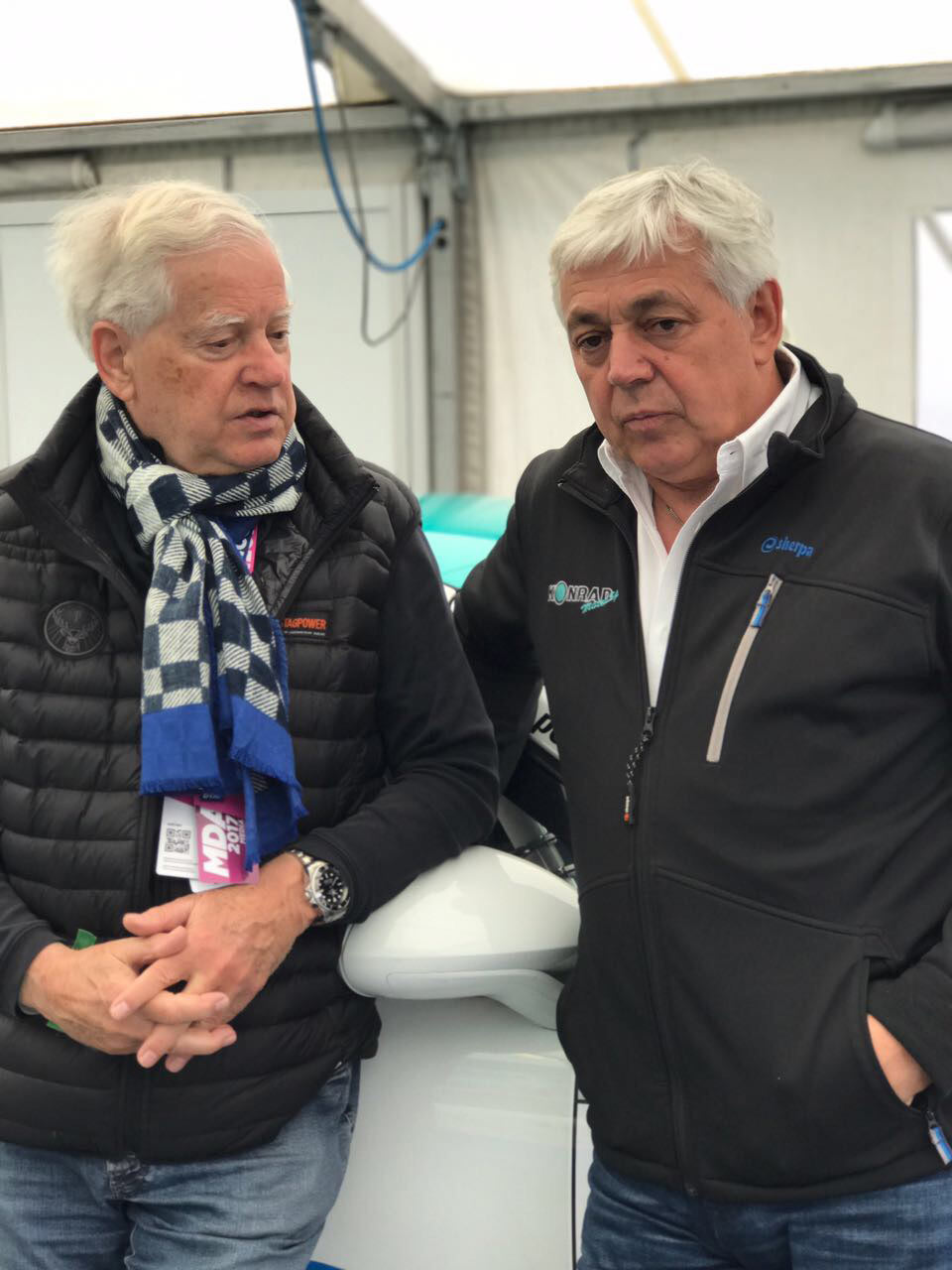 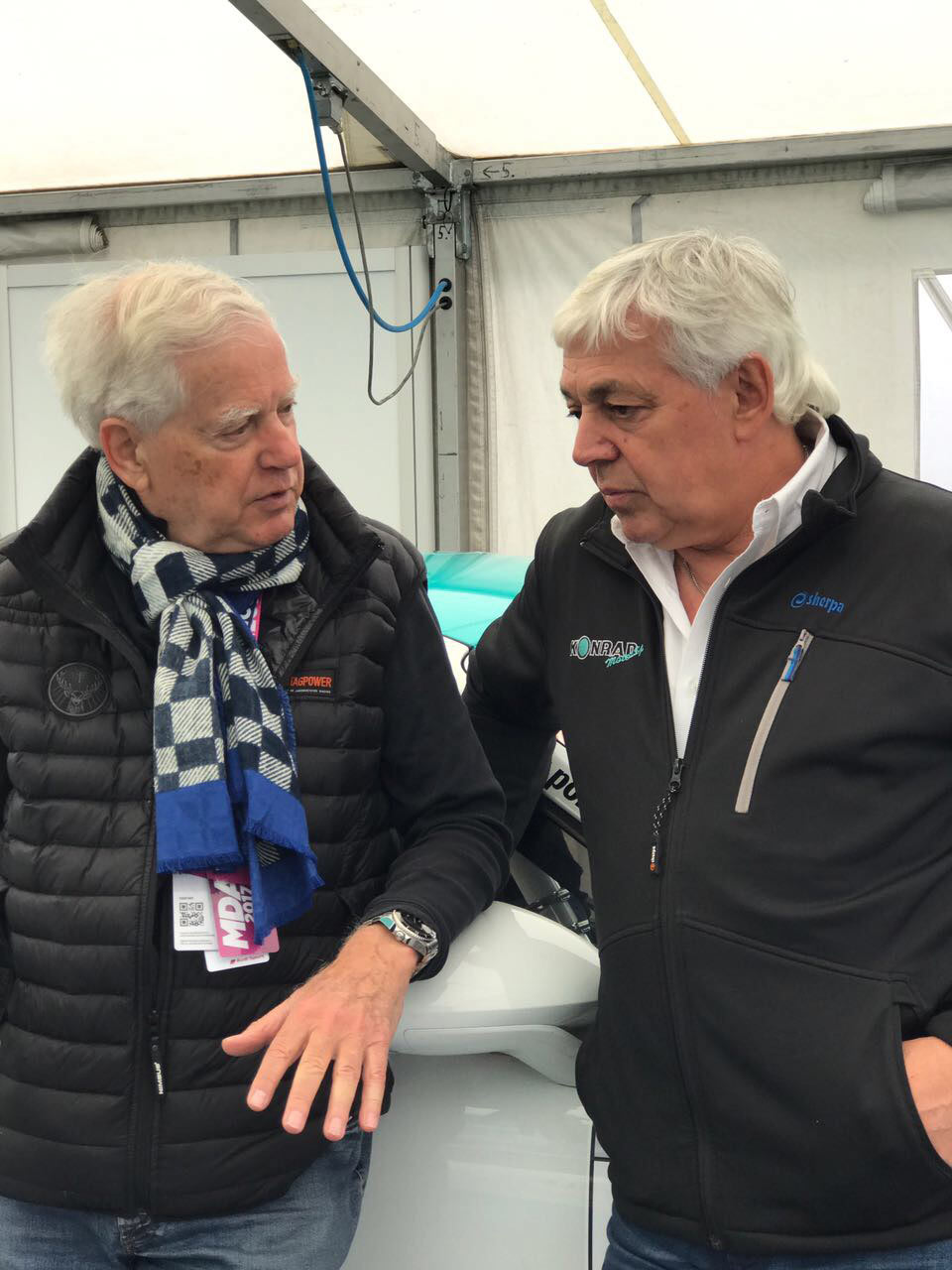