Already a legend in his own lifetime

’72STAGPOWER also mourned the death of Niki Lauda (70) on 20 May. The obituary by Eckhard Schimpf, who founded the Jägermeister-Racing-Team in 1972, said: “Niki Lauda was already a legend in his own lifetime.” ’72STAGPOWER still continues this tradition today with its team of historic racing cars.

Niki Lauda began his touring car racing career in a Jägermeister BMW Alpina in 1973. The races he won at that time included the 24 Hours Nürburgring. 1973 can be regarded as Lauda’s “springboard season”, so to speak, for his entry into the premier league of racing sport, because he signed a contract with Ferrari in 1974.

Born in Vienna, Austria, he was moulded into a world-famous personality at an early stage, recognised in every corner of the earth, by three World Championship titles, by the ghastly “Fire Accident” on the Nürburgring in 1976 and by his magnificent career as an airline operator. Not least by the “red cap” he wore to hide the burn injuries from his Nürburgring accident. Lauda’s withdrawal from motor sport in 1979 and his comeback achieved after three years, which he then again crowned with a world championship title (in a McLaren in 1984), are also unique.

Niki Lauda climbed into a racing car cockpit for the very last time on 1 July 2018. That’s not all: the car he drove in the “Lap of the Legend” on the occasion of the Formula 1 Grand Prix in Austria was exactly like the Jägermeister 3-litre BMW that carried him in 1973. The ’72STAGPOWER car.

An easy-going friendly contact between Niki Lauder and Eckhard Schimpf, who is still with ’72STAGPOWER today, endured for decades. As was always his style, Lauda’s praise for ’72STAGPOWER’s activity was terse: “You’re doing fantastic things there.” 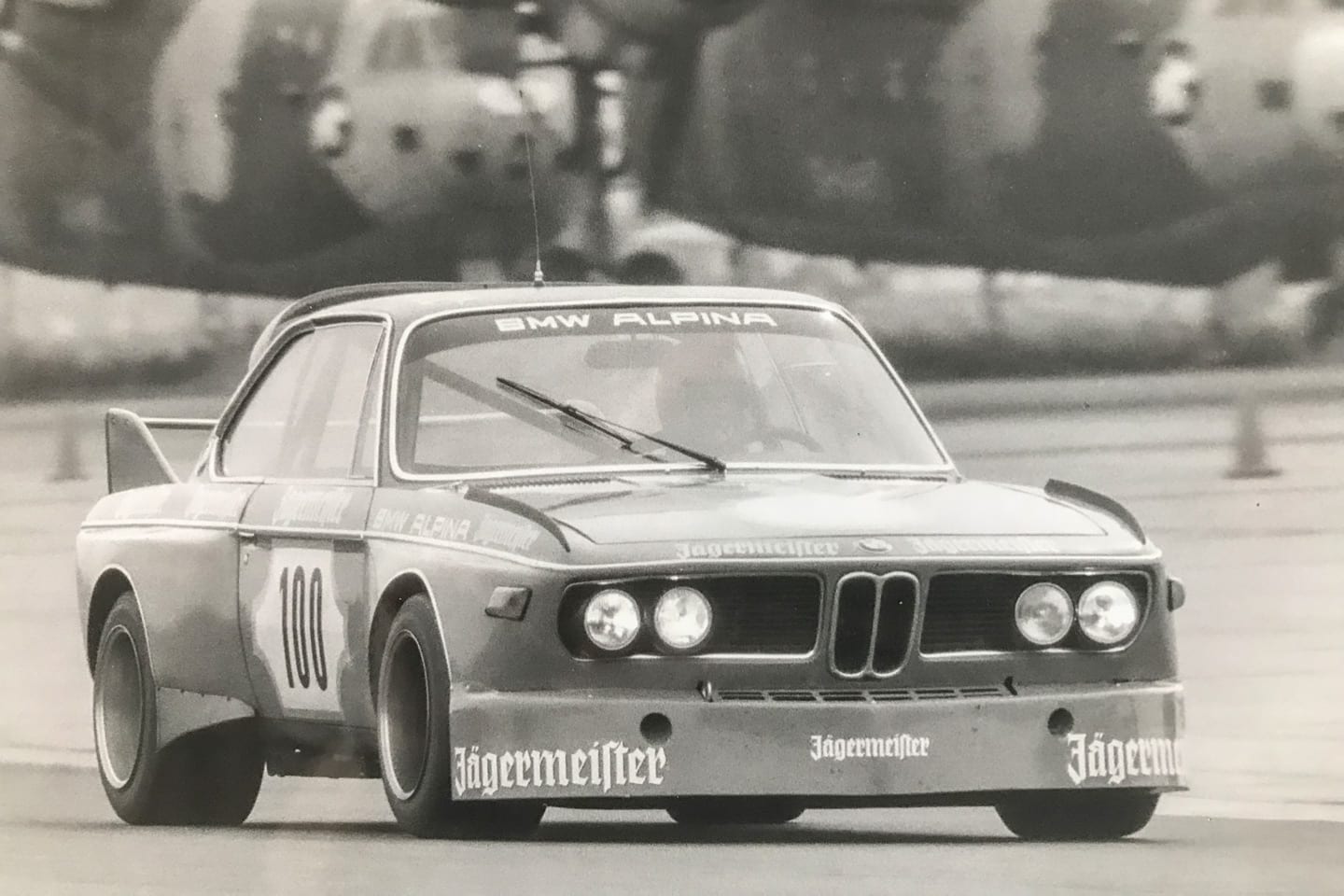 Niki Lauda in the lead in a BMW Alpina at the Diepholz Airfield Races in 1973, which was at that time a race contributing to the German Racing Championship.

Niki Lauda in the Jägermeister BMW Alpina (in front) duelling with Hans-Joachim Stuck in a works BMW (just behind). 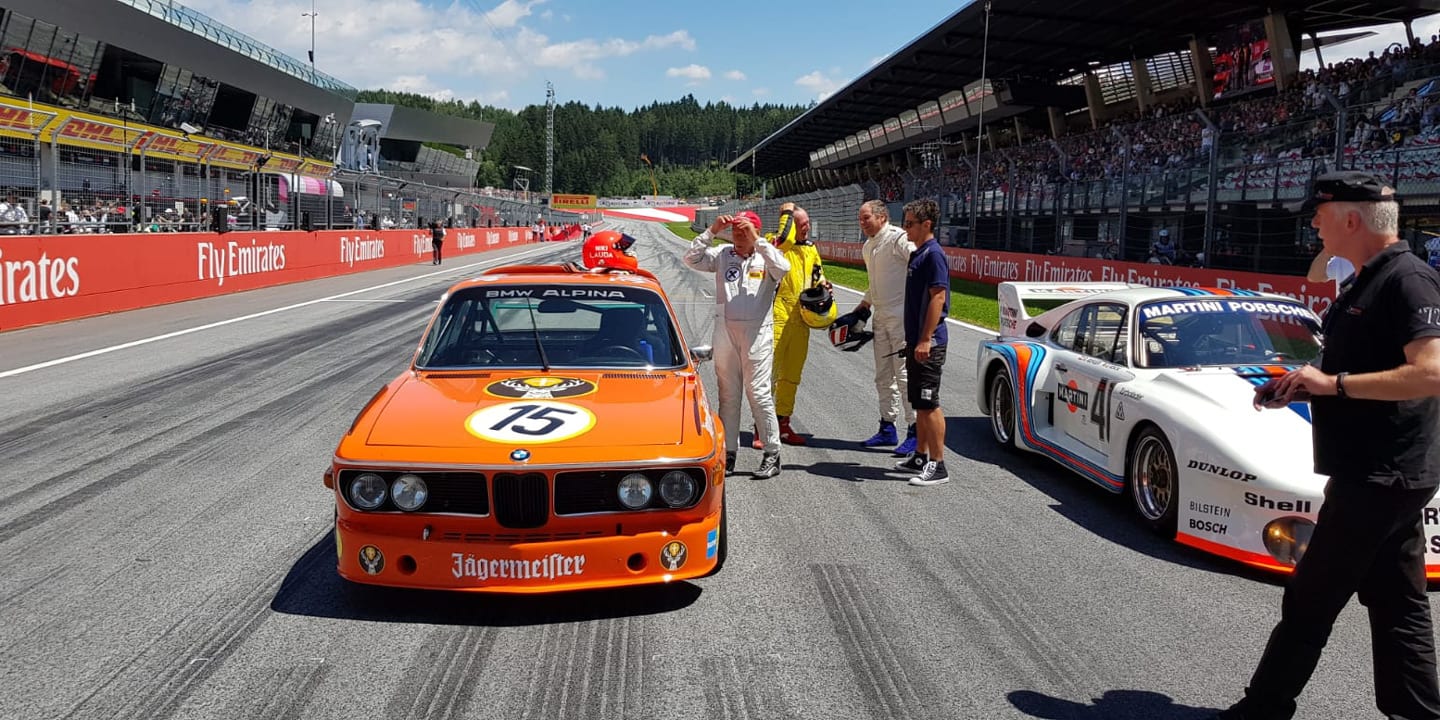 Niki Lauda climbed into a racing car for the very last time on 1st July 2018, and it was into the cockpit of a ’72STAGPOWER BMW Alpina racing tourer. 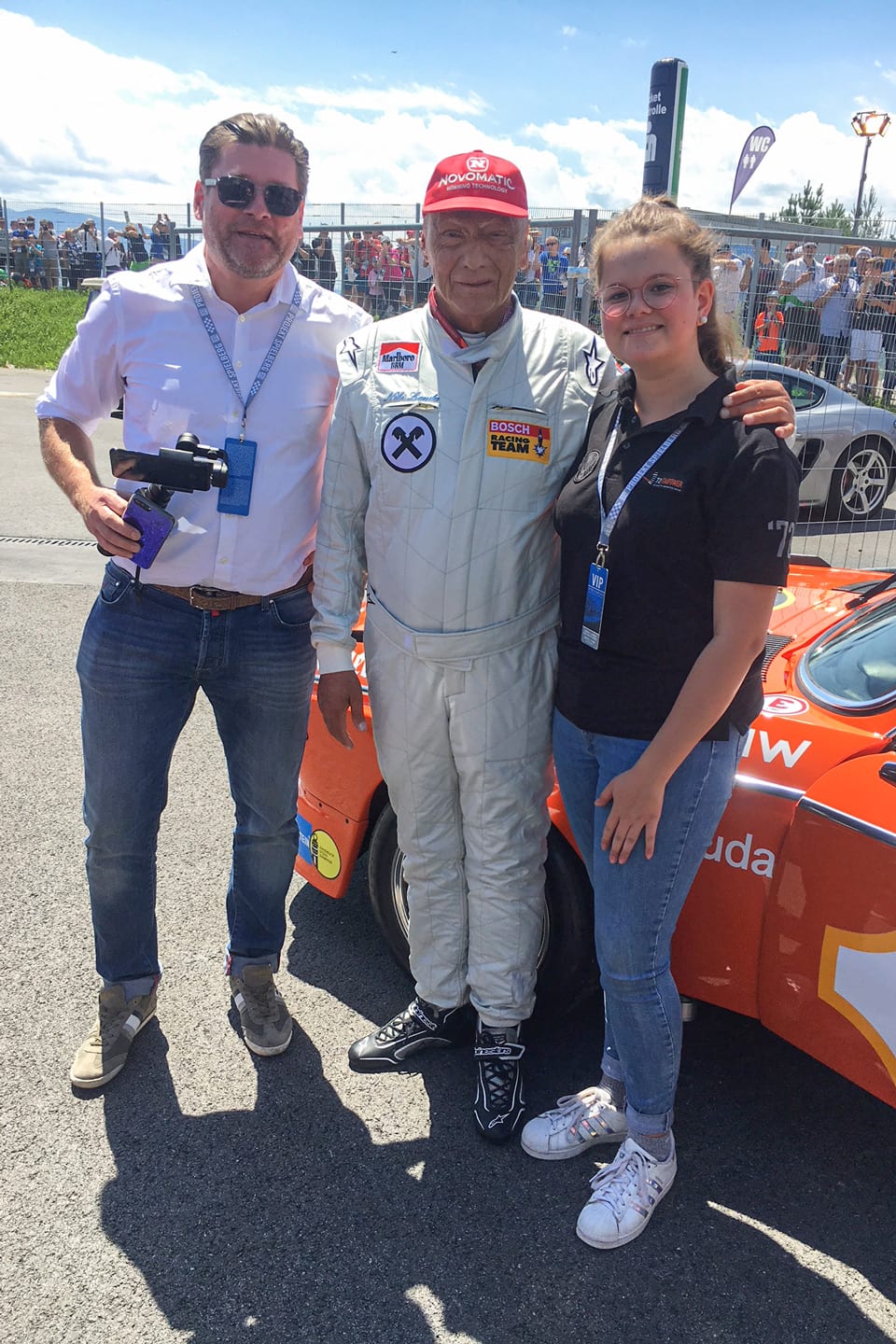