‘72STAGPOWER On A “Taster Course”

The Schloss Dyck Classic Days can confidently be described as by far the best event of this kind in Germany. But there’s more: this automobile festival in the prestigious, fascinating parkland of Schloss Dyck – not far from Neuss, Düsseldorf and Mönchengladbach – is increasingly developing into a “German Festival of Speed” modelled on the one in Goodwood. The decisive factor is that this Dyck site has a three-kilometre racing circuit. It cannot be raced on, but it is possible to taxi! And that’s entirely sufficient to offer the 50,000 visitors an impression of yesterday’s world of racing.

‘72STAGPOWER used the Schloss Dyck Classic Days as a kind of “taster course”. And did to for a first, albeit reticent appearance under the noble patronage of Wolfsburg Auto City. ‘72STAGPOWER brought along nine cars. These were: a Formula 1 March, Formula 2 Brabham, Porsche 914/6 GT, Porsche Carrera RSR, Porsche RSR-935 (naturally aspirated engine), BMW 320 Group 5, BMW 3.0 CSL, Ford Capri RS 2600 and a BMW M3. Of course, the biggest impression was made by “Strietzel” Stuck in the orange-coloured Formula 1.

However, everything was not yet 100% successful for ‘72STAGPOWER; because high-class racing cars sometimes behave as temperamentally as a film diva. But the prospects for future top-class appearances are good. And ‘72STAGPOWER is most sincerely grateful for the unexpected great sympathy shown to the orange-coloured racing cars. When can one witness a situation in which – as happened in front of ‘72STAGPOWER’s tent – the spectators applaud with loud clapping after a racing car had ended its warm-up phase with a booming noise? That’s “pure enthusiasm”. And it inspires ‘72STAGPOWER. A thousand thanks to all our fans. 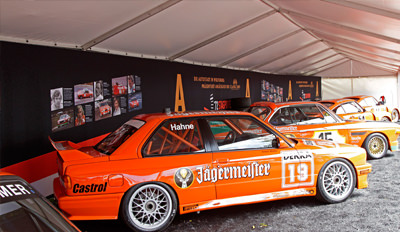 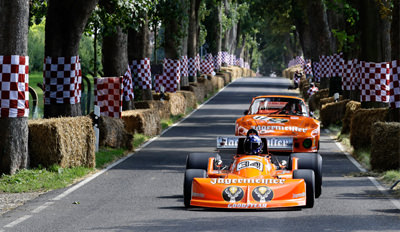 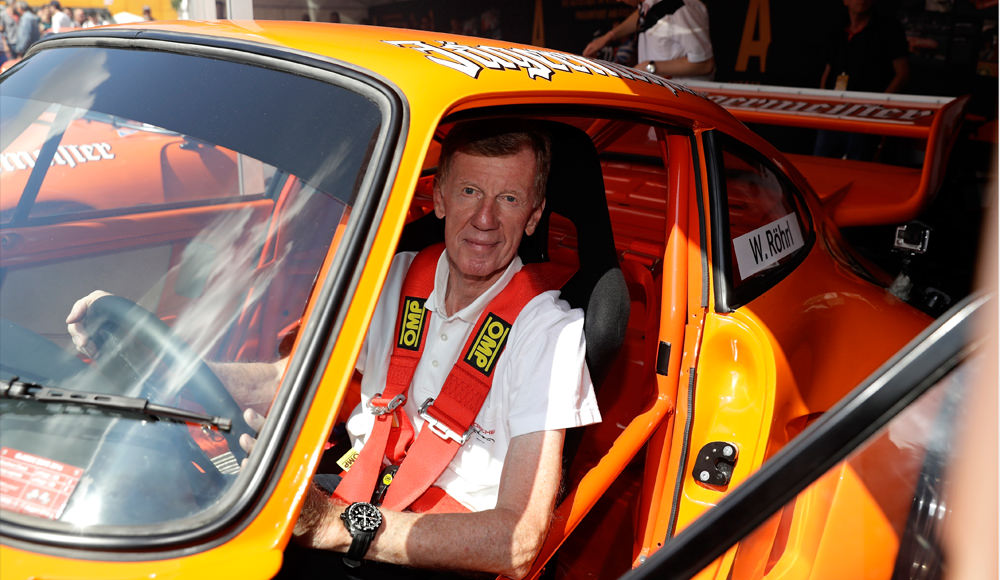