Although ‘72STAGPOWER was not (yet) present with its own cars at the grandiose Car Week on the Monterey peninsula in California, it was already there virtually, namely as a result of the BMW study entitled Homage Turbomeister 2002. This racing touring car first made its debut at the place where cars of such calibre belong: i.e. on the Laguna Seca racetrack. Three days later, the Turbomeister was the eye-catching feature in front of the famous Lodge at Pebble Beach, where the world’s most significant Concours d’Elegance takes place.

The roof and proportions together with the engineering and design features of this study by Karim Habib point so clearly to the BMW-DNA that it doesn’t really need a brand name. On the other hand, the colour and lettering are reminiscent of the racing cars of Jägermeister racing teams of past decades.

Jägermeister has been BMW’s sponsor and partner for many years. Hans-Joachim Stuck drove an orange-coloured Formula 2 March-BMW from 1974 onwards, and so did Jochen Mass. The legendary starts by Niki Lauda in the Alpina- BMW 3.0 CSL in 1973, and the appearances by stars like “Strietzel” Stuck, Harald Grohs, Ronnie Peterson, Markus Höttinger and Hans-Georg Bürger in the Group 5 320 racers are not forgotten. European Champion Helmut Kelleners also drove a BMW 320 in orange as well as a BMW 2002. The BMW M1 (with Kurt König) and BMW M3 in the nineteen-nineties with Armin Hahne, Wayne Gardner, Poldi von Bayern and Christian Menzel also ran in the Jägermeister Look.

You will find a comprehensive list of press comments in the Appendix. 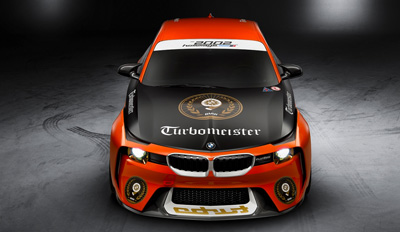 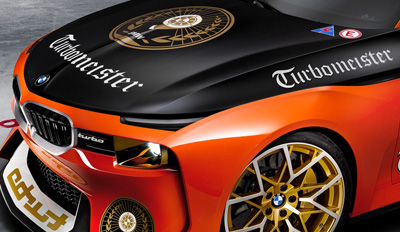 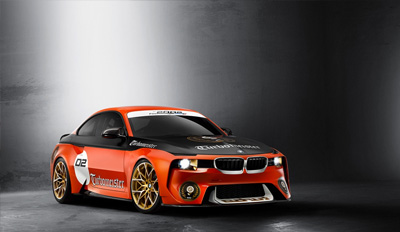