Eckhard Schimpf started in the “Festival of Speed” in Goodwood. Not (yet) with a ‘72STAGPOWER racing car, however, but with a jewel from the BMW Classic collection.

The 100,000 visitors to this unique event in England have an opportunity to marvel at the fastest, most expensive, rarest and maddest 300 cars in the world. And likewise the most famous motorcycles. And to see them in full operation! A miscellany of cars the like of which cannot be seen anywhere else in the world jostles on a hill-climb circuit in the park grounds of the Earl of March in Sussex. From the very latest Formula 1 (Bottas in a Mercedes) to the 1902 Grand Prix racer. From Porsche’s winning car in the 2017 Le Mans to the turbocharged Bentley dating from 1930. Mercedes Grand Prix racers from the nineteen-thirties, a whole troop of Ferraris, rally winners, Paris-Dakar cars – they’re all there. Even electric speedsters like the one belonging to Nick Heidfeld, which was almost as fast as the fastest Formula 1. And everything topped by a parade of the most prominent racing drivers of all eras.

In the “Festival of Speed”, Eckhard Schimpf drove a BMW MM 328, the car that was victorious in the Mille Miglia in 1940. At that time, Huschke von Hanstein won this legendary race in Italy over 1000 miles at an average speed of 165 km/h. 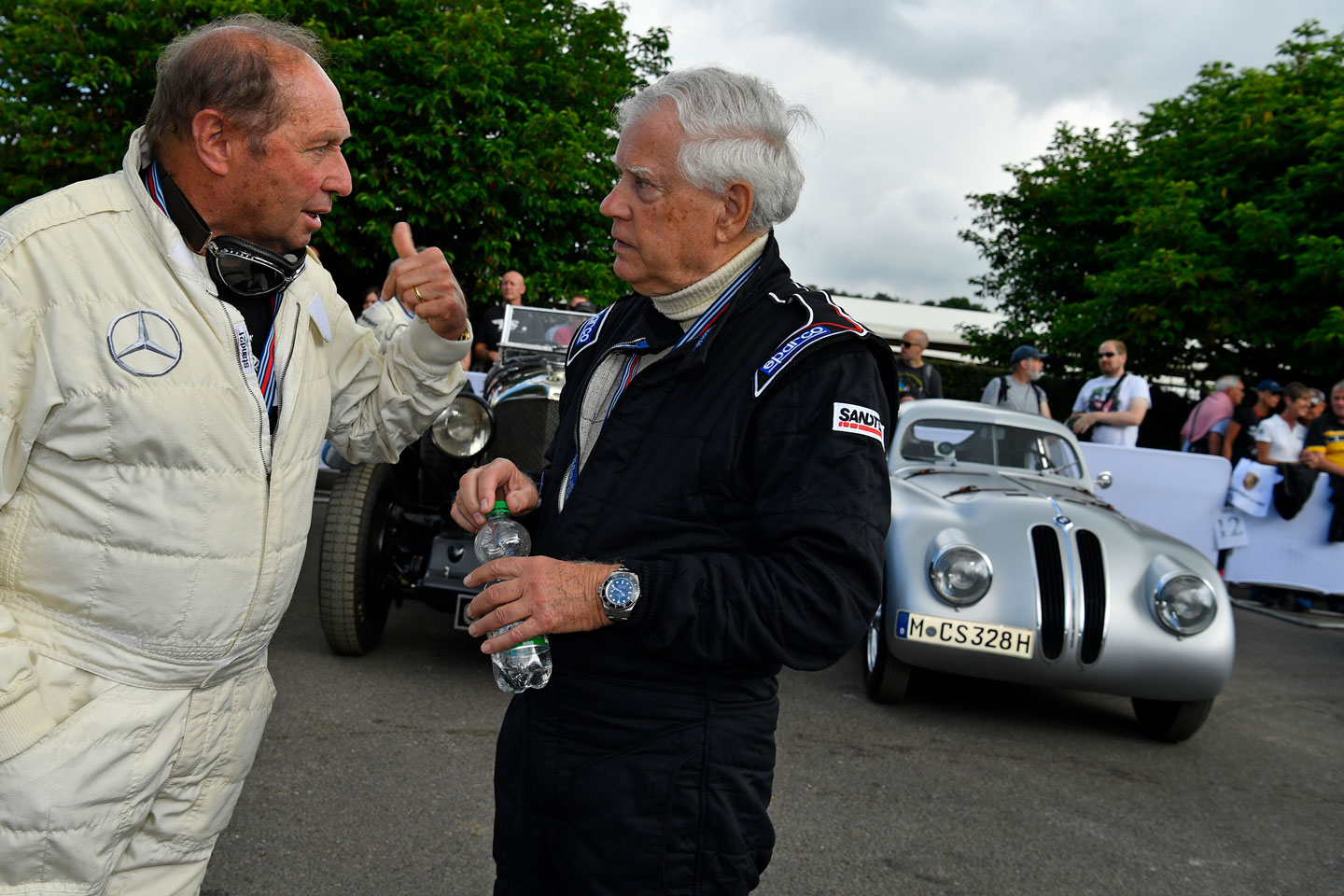 Photo: Eckhard Schimpf in conversation with Jochen Mass. At Background the MM-BMW. 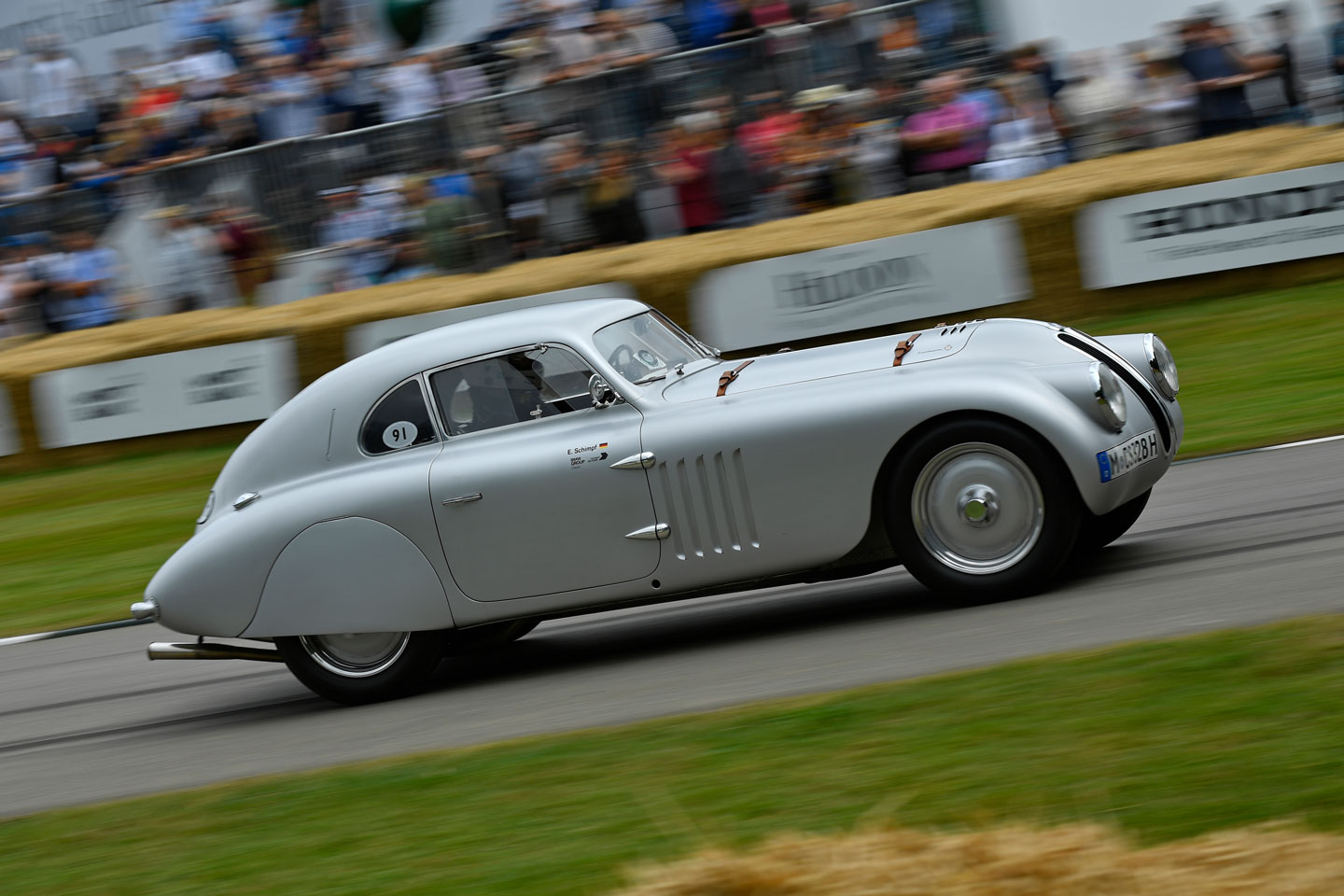 Photo: on the road.

Photo: BMW after the start.