Porsche Veterans Are Guests In 2017

‘72STAGPOWER was visited by men who can be described as “Porsche Veterans” in the truest sense of the words. One day after the “Le Mans Legend” talk show in the Auto City of Wolfsburg, Peter Falk, Herbert Linge, Günter Steckkönig and Kurt Ahrens joined a coffee circuit in ‘72STAGPOWER’s lounge in Braunschweig.

Peter Falk put into words what they all wanted to say: “We are thrilled by the magnificent, bright, clean hall.” And he added: “Almost like the one in Weissach (Porsche’s development centre).” Right now at ‘72STAGPOWER, technician Michael Groth is making a Type 956 Jägermeister Porsche “fit for the racetrack”. This is the car that ran in orange colours in the Team-Brun in 1985 and 1986. The 956 will – if all goes to plan – be roadworthy again as early as this autumn. Its steering wheel was once turned by aces like Hans-Joachim Stuck, Oscar Larrauri, Gerhard Berger and Walter Brun – and on one occasion even by Keke Rosberg.

A few more words about the “Porsche veterans” who also signed a bonnet at ‘72STAGPOWER.

PETER FALK was in Porsche’s Motorsports Department from 1959 to 1992. He was Racing Manager and also Head of Development in the Racing Department. Cars like the 956/962 the TAG Formula 1 engine, and the Dakar model of the 959, came into existence under his direction. Under Falk’s leadership, Porsche collected nine world championship titles between 1982 and 1988 alone. And of course Falk was one of the mainstays of the Porsche crew in the previous years with racing cars like the 904, 906, 907, 909, 908 and the 917. Peter Falk’s book “33 years with Porsche” tells the story of this era. It is one of the best books ever written about Porsche motorsports.

The second of the “Porsche veterans” is HERBERT LINGE. He worked in Zuffenhausen from 1943 until 1993 and was a contemporary of the legendary Ferdinand Porsche. Linge was not only a respected “Grand Master” in the racing department, but was also outstanding as a top racing driver; almost as fast as the works drivers. He still drove in legendary races like the Mille Miglia, Carrera-Panamericana or the Lüttich-Rom-Lüttich and Targa-Florio. He was on the grid eleven times in Le Mans. After his racing career, he set up the safety staff for the ONS (the German Motorsports Federation, the sport’s governing body).

GÜNTER STECKKÖNIG also worked for decades as a Porsche technician and also drove in races on the side, including the Targa-Florio, Le Mans and the 1000-kilometre race on the Nürburgring.

KURT AHRENS was the fourth man in this “Quartet of Veterans”. Being a Braunschweig resident, however, he is almost at home at ‘72STAGPOWER. Kurt Ahrens finally ended his career in 1971, just when Jägermeister’s racing team was founded in 1972. Otherwise he would certainly have become a Jägermeister driver. Kurt Ahrens was a Porsche works driver, and won the Austrian Grand Prix in 1969 (the first victory for the legendary 917) and also won the famous 1000-kilometre race on the Nürburgring in a Porsche 908 in 1970. 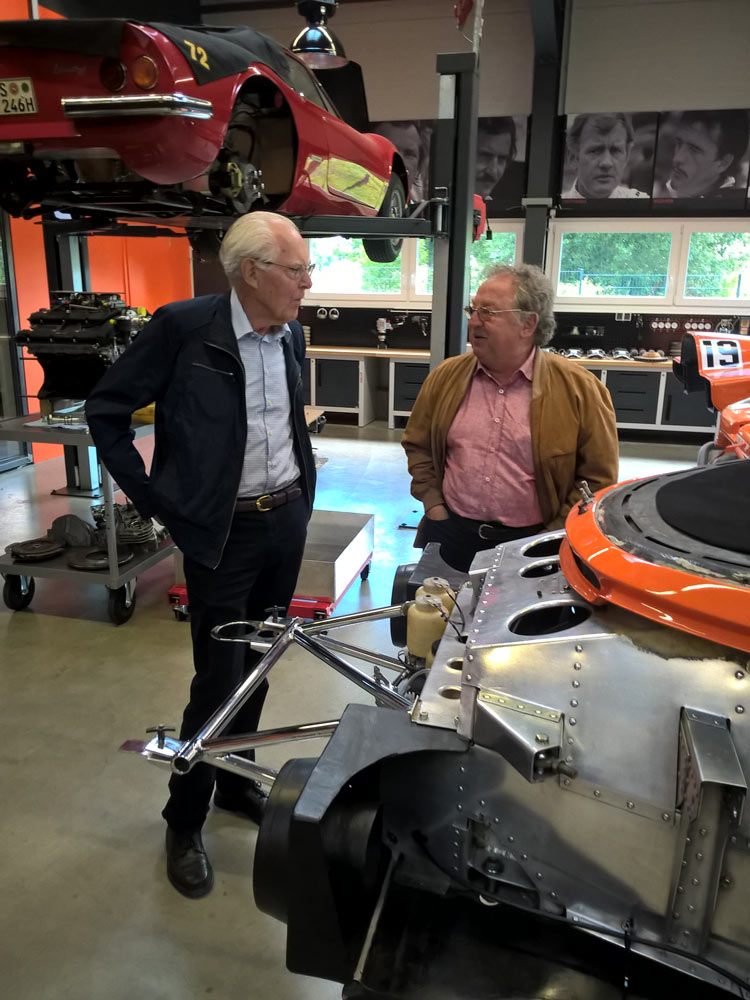 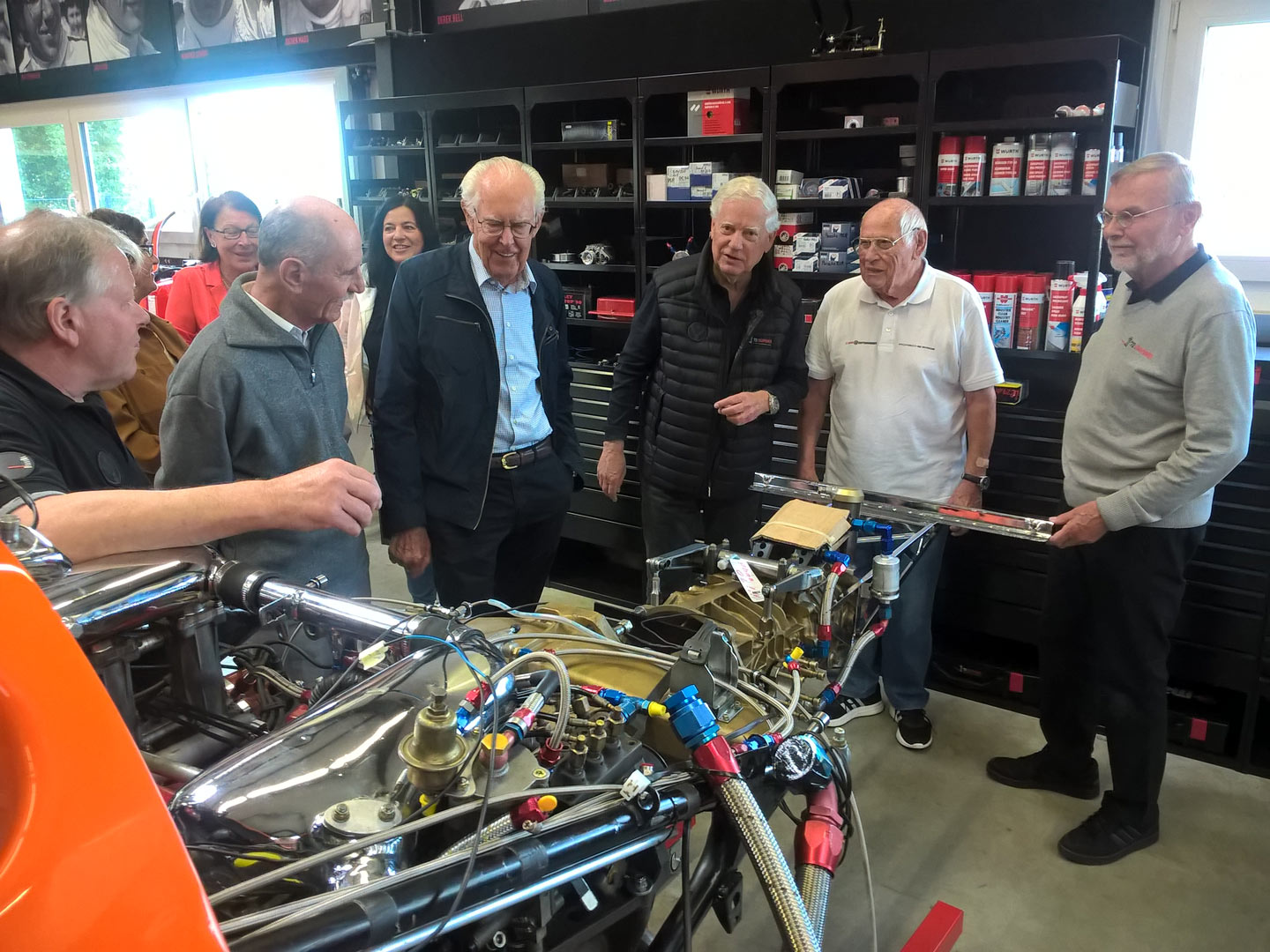 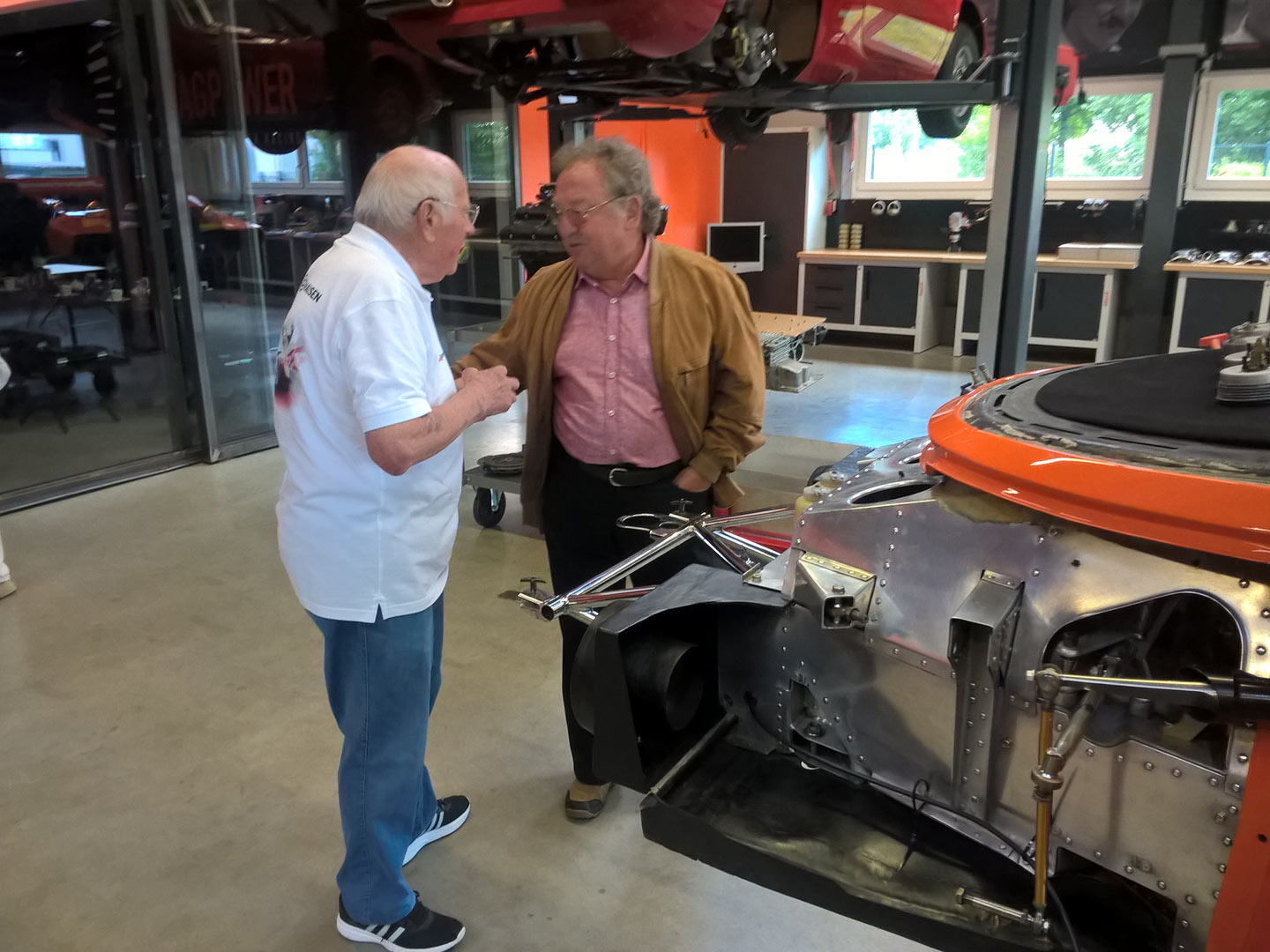 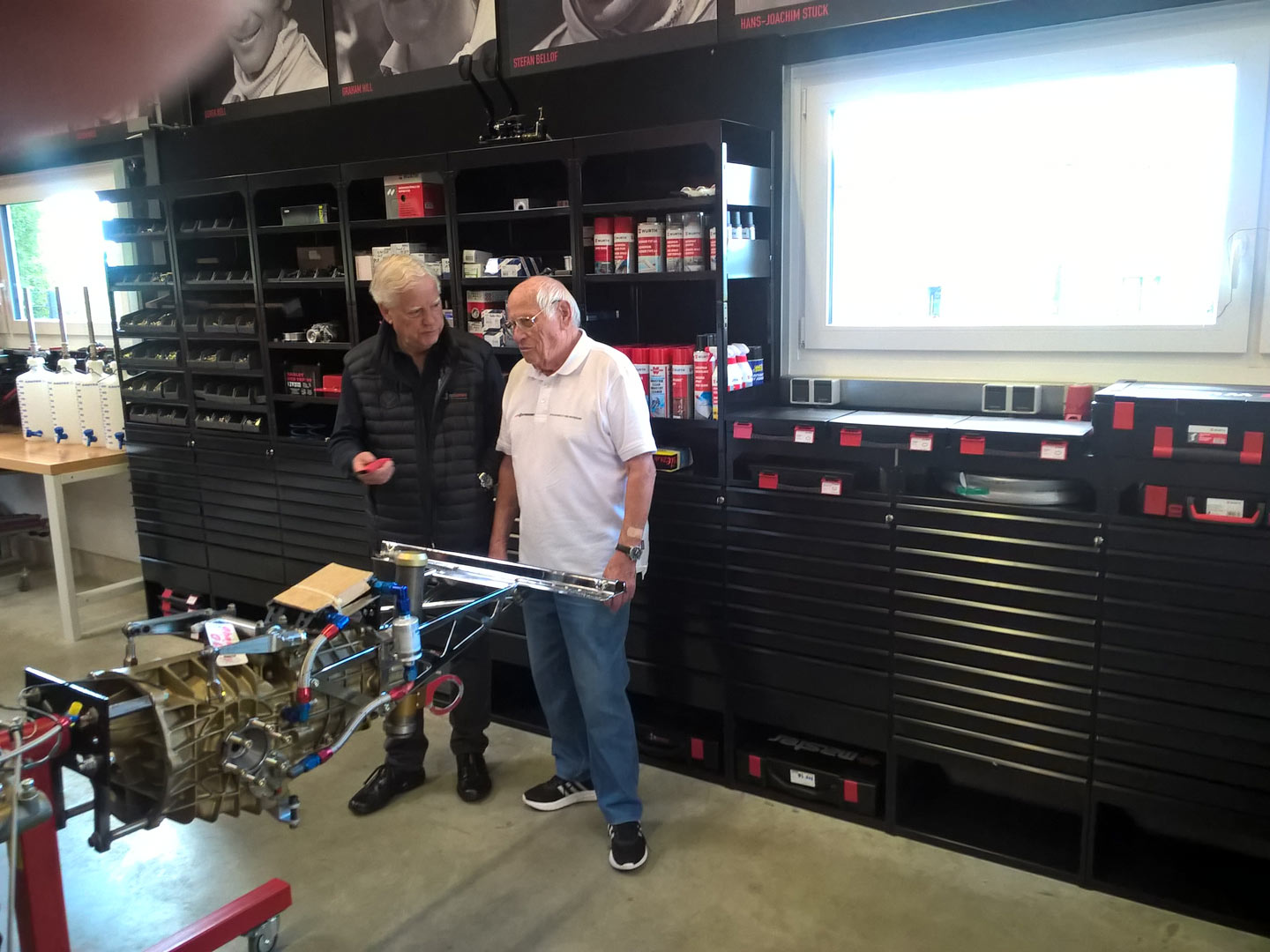 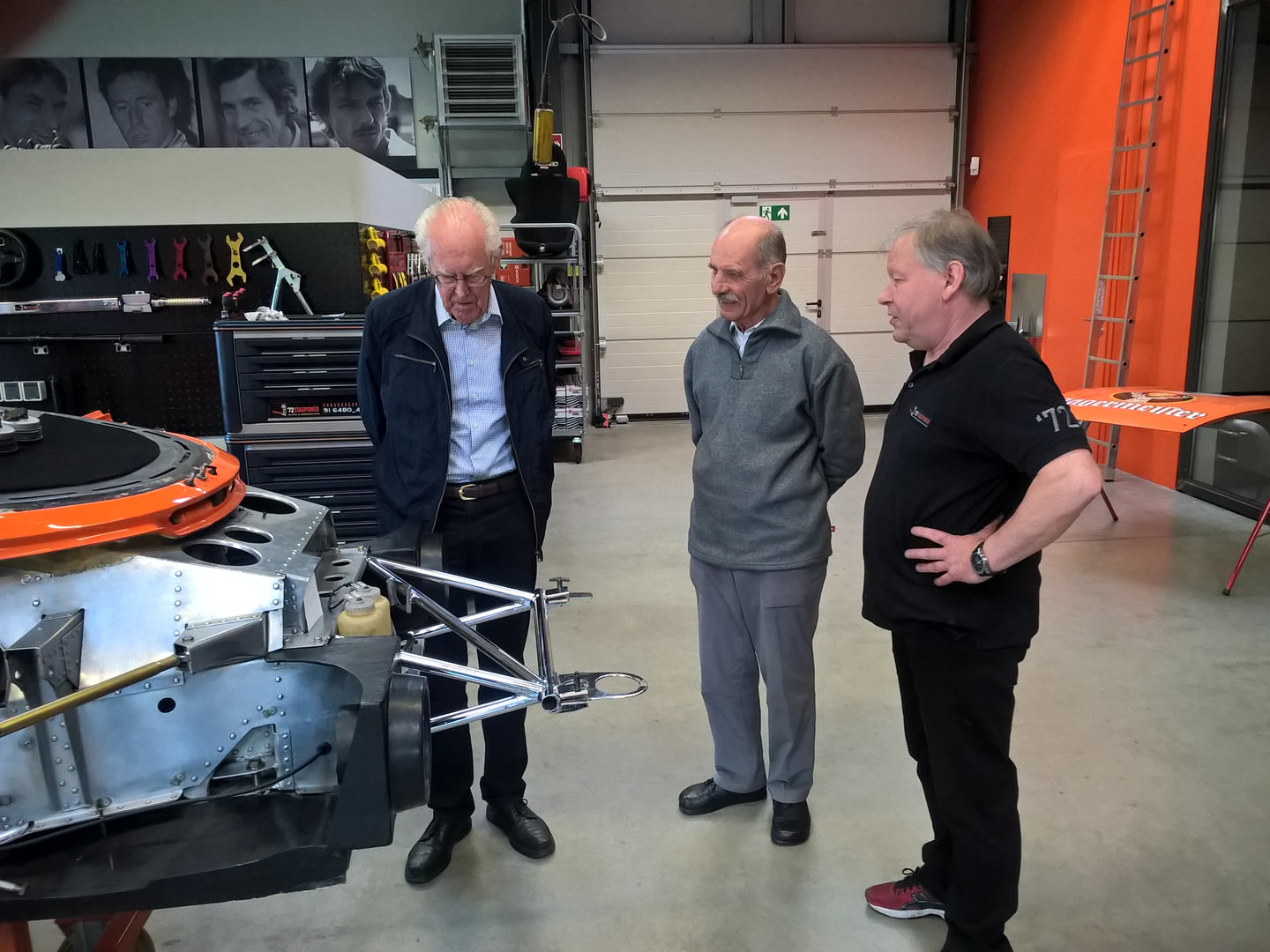