The Jägermeister-Ford Capri RS at the start. 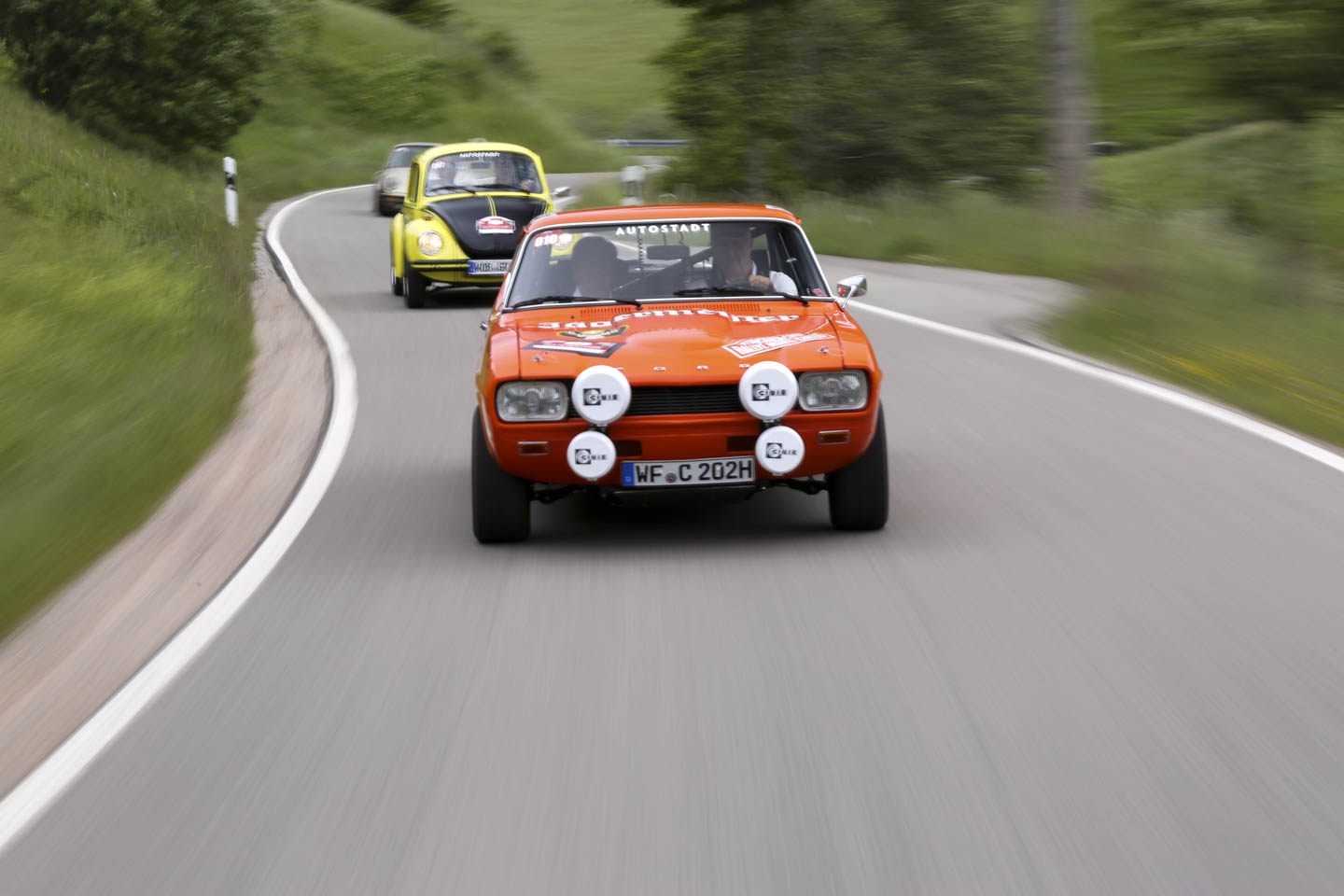 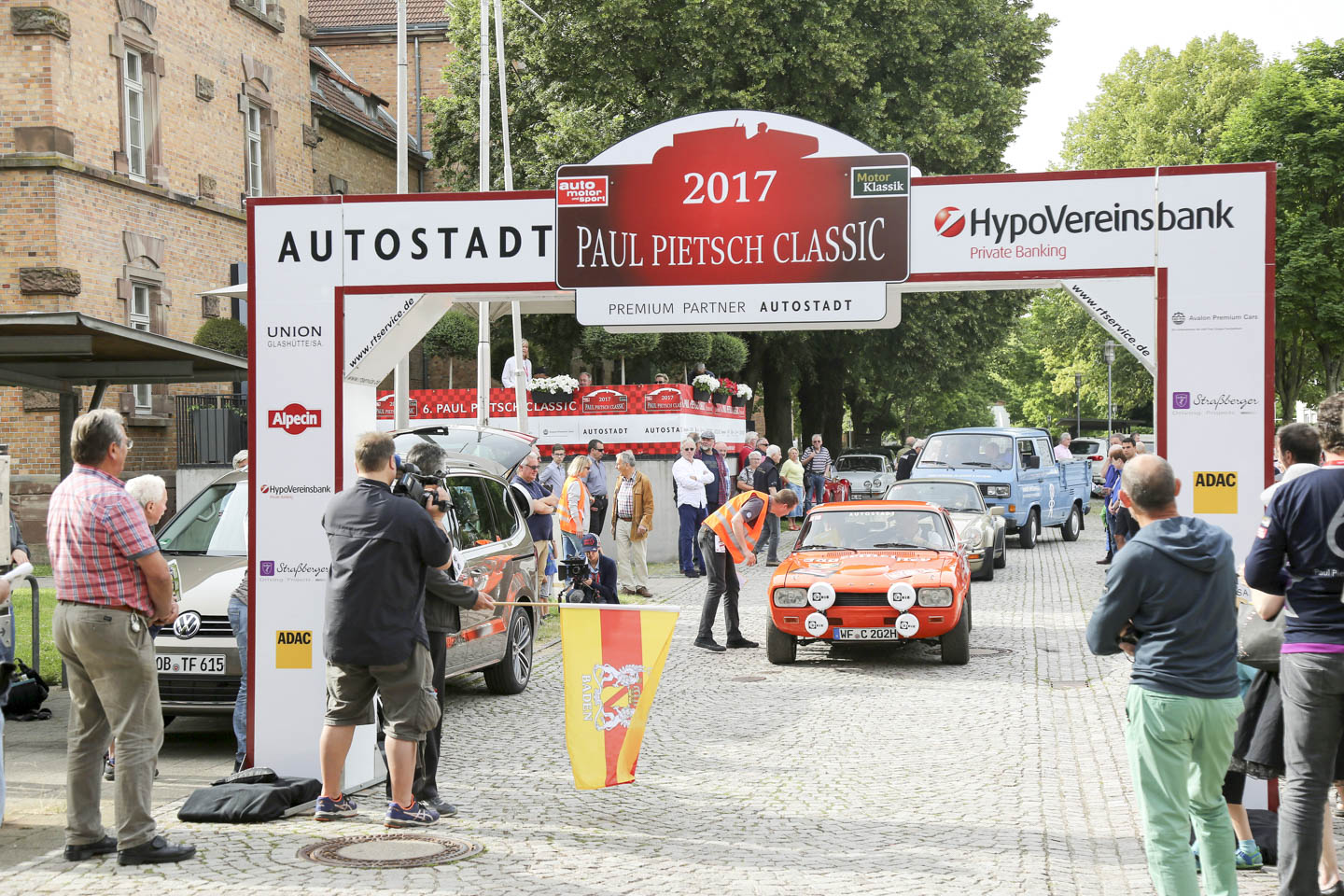 The “Paul Pietsch Classic” is one of the top events in the classic car scene.

Photo: The Jägermeister-Capri RS arriving at the finishing line in Monaco Harbour in the 1973 Monte Carlo Rally. Driver Eckhard Schimpf is on the right and co-driver Ernst Johann Zauner on the left. This car was the model for a replica now standing in the ’72STAGPOWER hall. Although this replica is not “the” Monte Carlo car, it is also an absolute original Ford Capri (1969 vintage) in its full rally outfit.