A Bobby-Car is the recommendation for anyone who wants to make early preparations for his son or daughter to start a racing career. Our photo shows one of these machines (already usable by one- or two-year-olds) in a colour that caused a furore in motor racing for three decades. Starting number 34 adorned Hans Stuck’s March Formula 1 in the German Grand Prix on the Nürburgring in 1976.

This amusing racing machine was a present to ‘72STAGPOWER from Jens Munser. Jens Munser is probably the most famous designer of crash helmets worldwide. His “JMD” company in Salzgitter established helmets as a communication area at the highest level. The world’s most famous racing drivers are Munser customers. Also including Sebastian Vettel, of course. Munser’s first top-rank clients were Michael Schumacher, Ralf Schumacher and Nick Heidfeld. They were followed by a crazy list of stars who all chose the Munser design. Rosberg, Alonso, Massa, Ricciardo, Hülkenberg. Kristensen, Webber and Barrichello. The series of aces is long. Very long. Jens Munser also looks after the classic design of ‘72STAGPOWER’s historic racing cars. 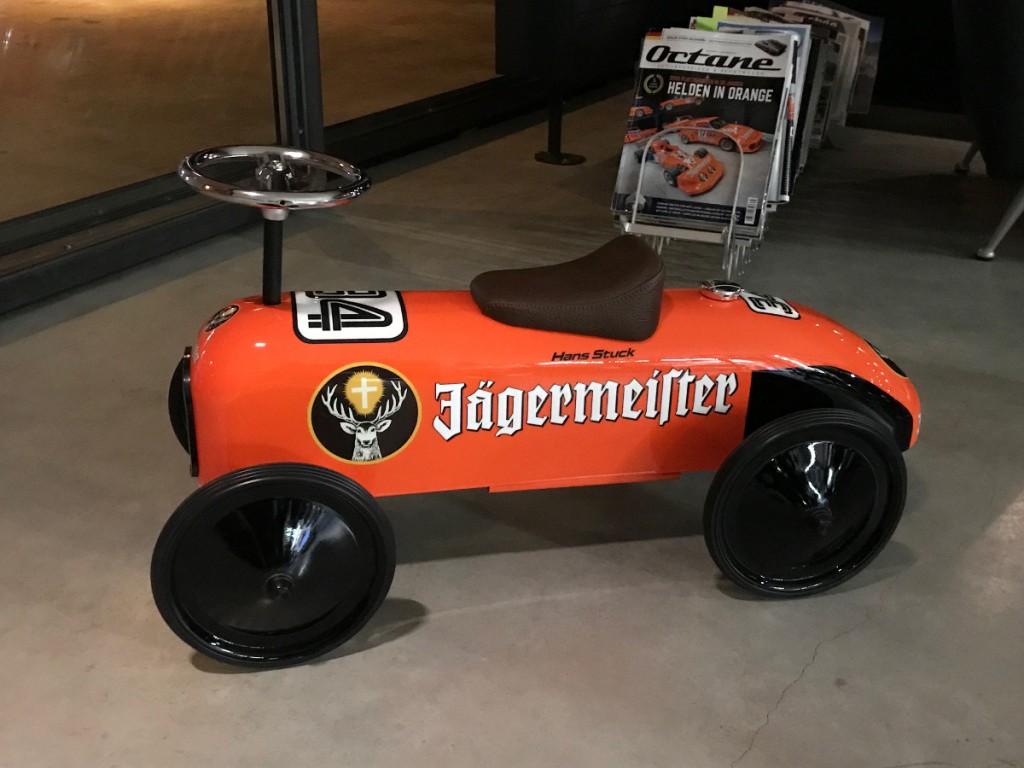