The Founder Of The „PS.Speicher“ Transport Museum In The Saddle Of A DKW Turbocharged Motorcycle

The businessman and collector Karl-Heinz Rehkopf, founder of the “PS.Speicher” transport museum in Einbeck, visited ‘72STAGPOWER’s workshop in Braunschweig. Accompanying him was Manfred E. Schulz, a member of the Foundation Council of the Kornhaus cultural foundation in Einbeck. And in what did the two gentlemen arrive – in a white Tesla. A Tesla? Yes, the American avant-garde electrically-powered automobile.

Initially, motorcycles had a special place among the over 1000 historic motor vehicles collected by Karl-Heinz Rehkopf over the decades; his passion for collecting began with these two-wheelers. So it came as no surprise when Karl-Heinz Rehkopf started his visit to Braunschweig by immediately jumping into the saddle of a silver-grey turbocharged DKW motorcycle.

The DKW turbocharged motorcycle was what then triggered Eckhard Schimpf’s passion for motorsports at the Prinzenpark races in Braunschweig in 1948. Kurt Kuhnke drove this piercingly screeching silver-grey DKW at that time. And Eckhard Schimpf was able to acquire this machine decades later. Karl-Heinz Rehkopf – still a motor-racing fan through and through – was obviously very enthusiastic about this DKW, which had been brought from Einbeck into the hall especially for the guest.

The “PS.Speicher” can probably now be regarded as the best motor museum in Germany, and possibly even in the whole of Europe. Exceptional historic motor cars and motorcycles are on display on an area of 6,000 m2 in a former grain warehouse. The premiere was in 2014. A stream of more than 100,000 visitors per year has come to Einbeck to visit the “PS.Speicher” since then. 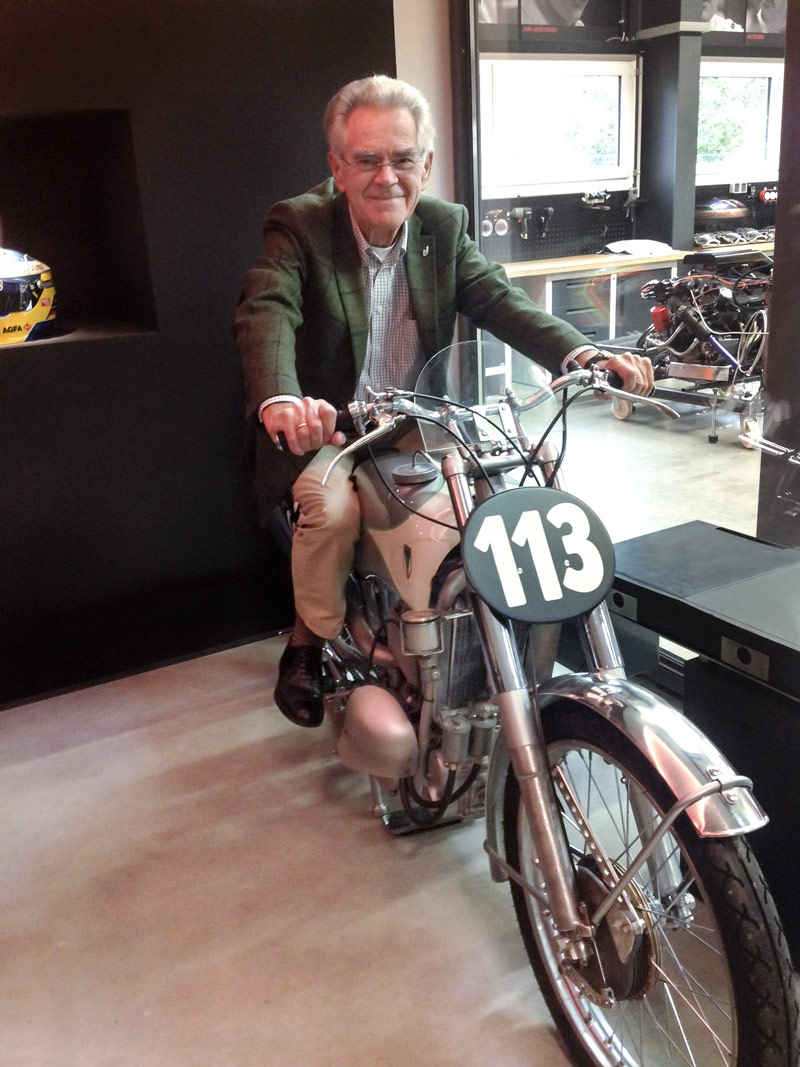