Guns N’ Roses is one of the world’s most successful hard rock bands, with album sales of 100 million. Their career began in Los Angeles in 1985 with their debut album “Appetite for Destruction” (and worldwide hit songs like “Welcome to the Jungle”). This album alone found 30 million buyers, mainly in the USA.

After a long break, the band with singer Axel Rose and guitarist Slash (aka “Guitar Hero”) have got together again for a reunion. 60,000 fans just experienced the opening event of the German tour by Guns N’ Roses at the Olympiastadion in Berlin.

Unnoticed by rock and rap fans maybe, but registered very favourably by race fans: the orange stag’s-head bonnet of a once famous Jägermeister racing car gleamed as a background prop on the stage. Starting number 24 is a reminder of the famous 1000-km race on the Nürburgring in 1976. In this world championship event, a Porsche 934-Turbo with Number 24 and drivers Derek Bell/Helmut Kellners/Reinhard Stenzel finished in tenth place in the overall classification.

Whether Guns N’ Roses are racing fans is something we don’t know. If they are, they would be able to marvel at a whole pack of Jägermeister racing cars in ‘72STAGPOWER’s workshop in Braunschweig. And if Guns N’ Roses really wanted to hear their sound, they would be well advised to visit the Austrian Formula 1 Grand Prix in Spielberg on 30th June/1st July. Before the Grand Prix, an array of historic racing cars will present a demo run including two Jägermeister fireballs. A Porsche 956 with Hans-Joachim Stuck at the wheel, and a BMW CSL with legendary racing driver Niki Lauda in the cockpit. 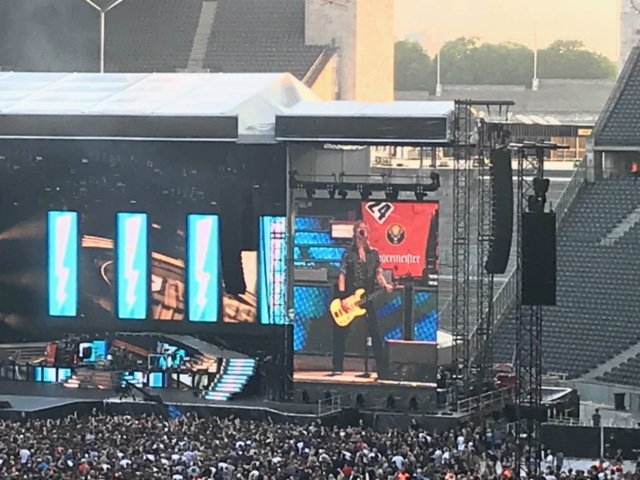