Porsche Tachometers by Etienne Salomé in the ‘72STAGPOWER lounge

‘72STAGPOWER regularly welcomes interesting guests. Recently, one of them was Etienne Salomé. The designer was born in Paris in 1980 and today lives in Berlin; he is the interior design director at Bugatti and is also responsible for Bugatti’s product cooperation with Parmigiani (Bugatti watches), Luxury Living (furniture), PG Bikes (Bugatti’s ultra-light bicycles) and with Palmer Johnson (Supersport Niniette 66 yacht).

However, Etienne Salomé, who completed his studies at the Royal College of Art in London in 2005, does not just shine as a designer, but also as an artist. His sculptures and pictures have long enjoyed international recognition. One of his works can now be admired in the hall of ‘72STAGPOWER. It is from the Chronospeedometers series, which focuses on automotive icons such as Bugatti, Bentley, Ferrari and also Porsche.

In ‘72STAGPOWER’s history (from 1972 to 2000), Porsche racing cars (Carrera RSR, 914/6, 934, 935, 956, 962) occupy a dominant role. This is a suitable match for Etienne Salomé’s generous gift. The picture pays homage to the acceleration of sports cars and also to Porsche’s 70-year anniversary. Etienne Salomé’s work Porsche Tachometers is a picture consisting of 35 superimposed revolution counters.

From 70 years of this Stuttgart sports car stable. Etienne Salomé enjoys the support of a top Düsseldorf gallery owner: Till Breckner. His company (publisher, dealership) focuses particularly on the works of Uecker, Christo, Immendorf, Mack, Penck and Lüpertz 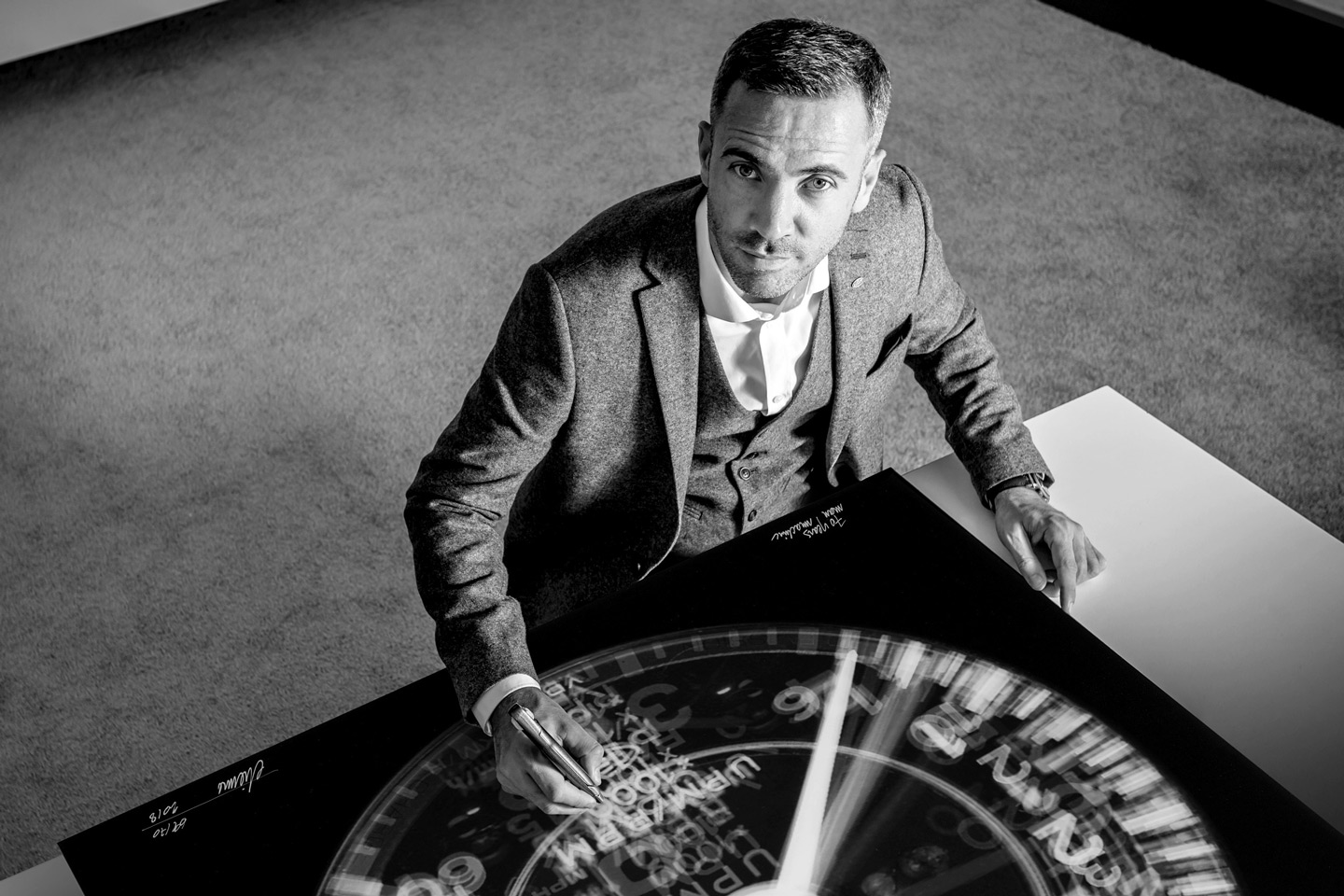