The Alfa Romeo, with which Michael Bartels celebrated DTM victories in 1995

The pack of original Jägermeister racing cars has a new member. An Alfa Romeo 155 V6 Ti can now be seen in ‘72STAGPOWER’s exhibition space.

In 1995, this car was driven by Alfa Romeo’s works driver Michael Bartels, who in that year managed to steer the car to two DTM victories (in Diepholz) and twice started in pole position. For three years (1994, 1995, 1996), Bartels drove an orange Alfa Romeo. These DTM years were characterised by extraordinary high-tech equipment fitted to the cars by Alfa, Mercedes and also Opel.

Alfa Romeo’s 2.5 litre six-cylinder engines had an output of up to 460 HP (at 11,500 rpm). The huge expenditure in terms of technology and logistics of that epoch in DTM and the international version, the ITC (International Touring Car Championship), led to the demise of this grandiose racing series after the 1996 season when “it died of its own delusions of grandeur” (1996 quote from Eckhard Schimpf in motorsport aktuell). DTM then was revived in the year 2000. 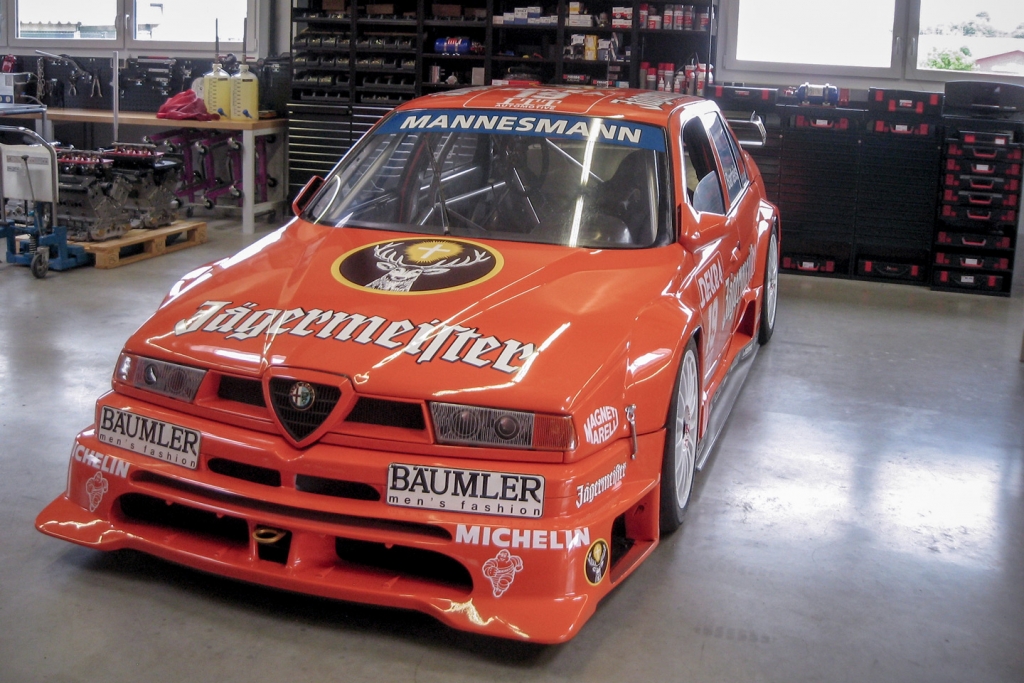 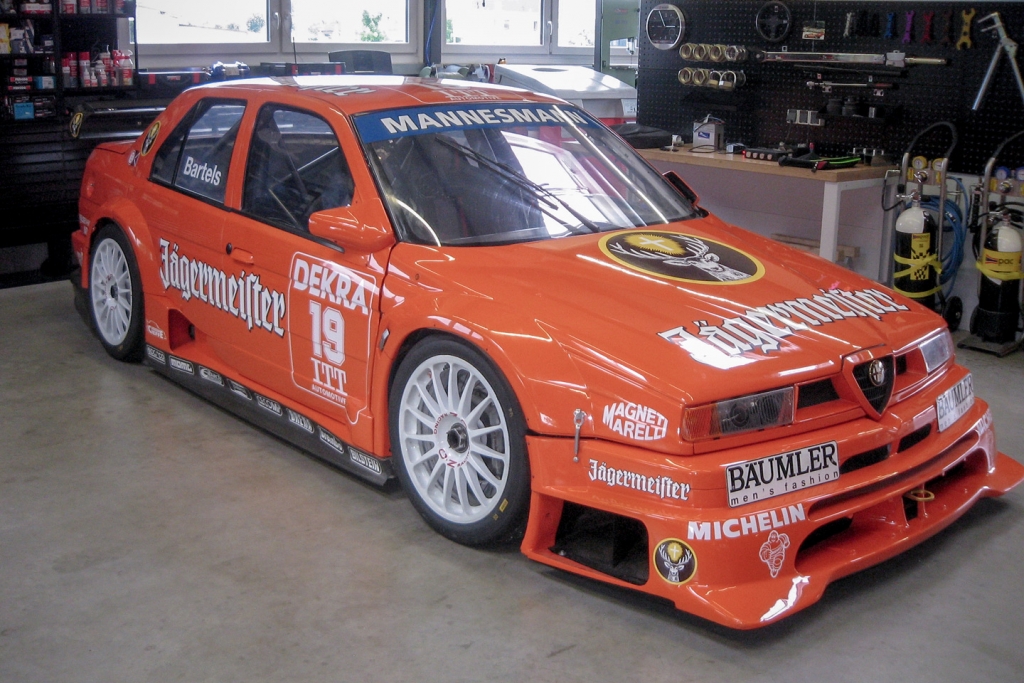