A powerful grey 40-ton truck carrying the word “Motopark” rolls into ‘72STAGPOWER’s yard in Braunschweig. Three Jägermeister racing cars are loaded into it.

They are scheduled for testing on the Oschersleben racetrack in the next few days.

This is the start of cooperation with the successful Motopark Formula 3 Team for which Formula 1 stars like Valteri Bottas and Max Verstappen once drove.

Based in Oschersleben, the team will undertake the transport of ‘72STAGPOWER’s racing cars when they take part in future historic events. Timo Rumpfkeil is head of the Motopark team, which will also compete again in the 2018 European Championship. He will also drive ‘72STAGPOWER’s historic racing cars from time to time in the future.

The following cars are now being transported for the test in Oschersleben: a Porsche 962, a BMW 320-Gruppe 5 and a Porsche 914/6 GT. 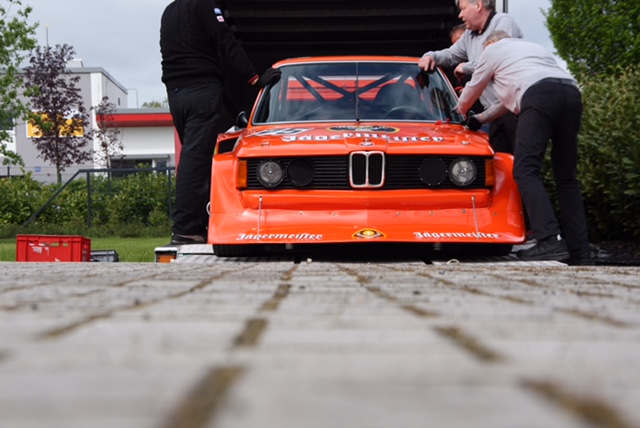 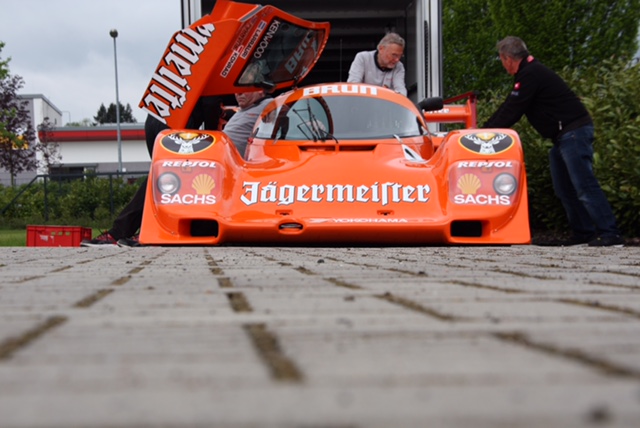 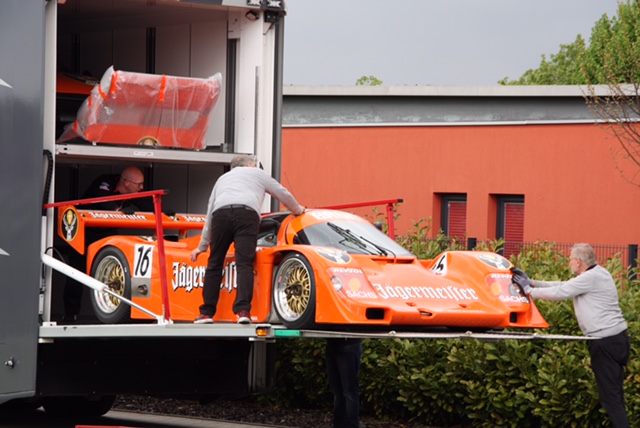 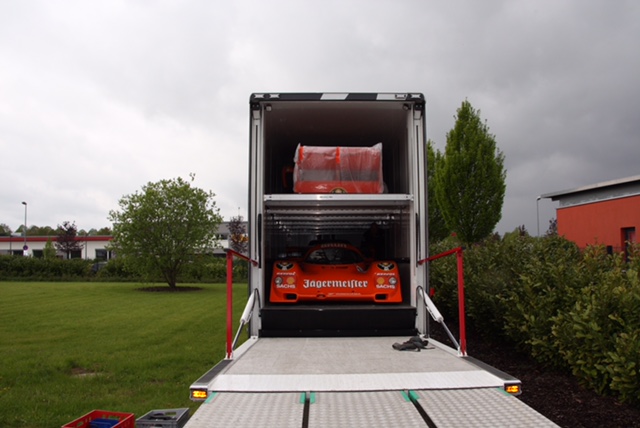 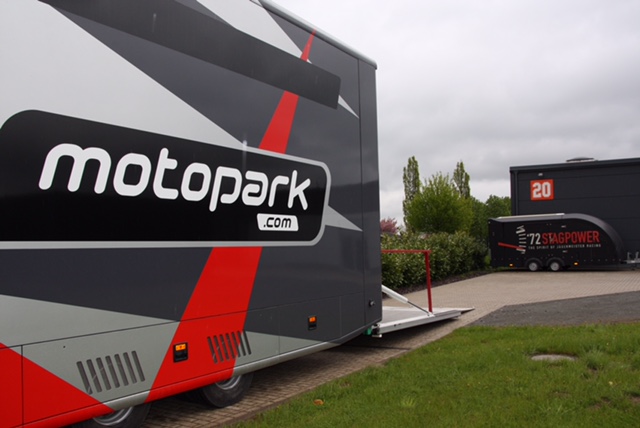