Champion In The Jägermeister-Porsche: In Memory Of Stefan Bellof

Stefan Bellof was one of the Jägermeister racing car superstars. He suffered a fatal accident in a Porsche 956 in Spa in 1985. He was already driving Formula 1 at that time, and experts saw him as a future Grand Prix champion; a decade before Michael Schumacher. A racing poster is now an occasion to remember Stefan Bellof again. In fact, the Delius Klasing Verlag has published an impressive illustrated book with 186 pages showing famous Porsche race posters (Price: EUR 39.90). The designs are all by Erich Strenger, who drew, illustrated and photographed for the Stuttgart sports car manufacturer for many decades, thus helping to create the “Porsche Legend”. This brilliant graphic artist died in 1993.

One of Strenger’s posters originated in 1984 after Stefan Bellof won the German Motor Racing Championship in a Jägermeister Porsche 956. We show it here. Alongside Niki Lauder, Bellof was probably the most magnificent racing driver who ever sat in a Jägermeister racing car. His victories on the Norisring in Nürnberg (1984 and 1985) and his triumph in the Italian 1000-kilometre World Championship at Imola in 1984, when he and Hans-Joachim Stuck took turns at the wheel, are unforgettable. 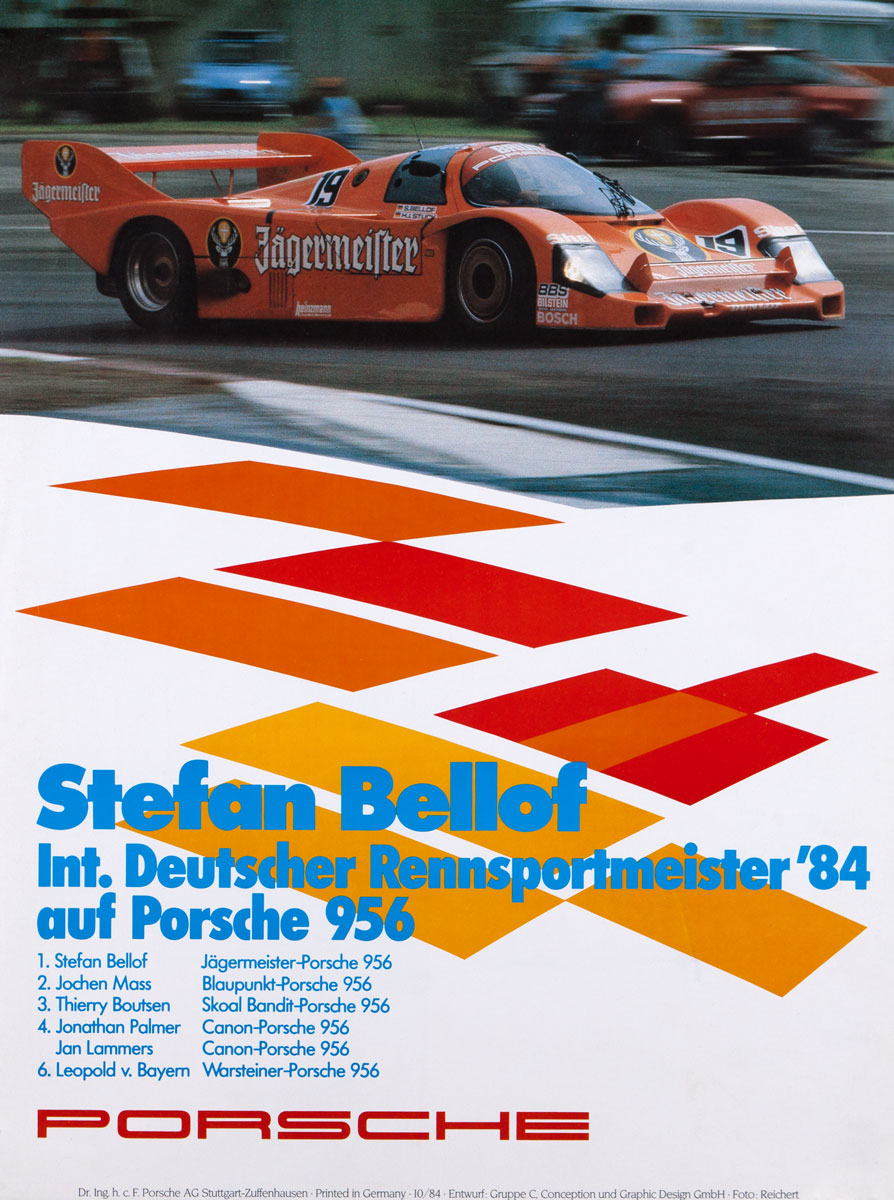